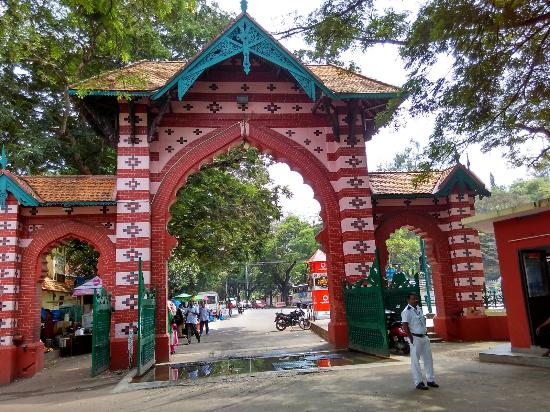 History
Thiruvananthapuram Zoo is one of the oldest of its kind in India. Swathi Thirunal Rama Varma, who ruled Travancore between 1830 and 1847, established a menagerie where royal tigers, panthers, cheetahs, deer, boar, and other wild animals were kept. His brother Uthram Thirunal and British Resident William Cullen formally establish the zoo in 1857 as an annex to the Napier Museum. The zoo was originally built with the typical iron-barred cages prevalent at the time, and was designed for recreational purposes, but with increased loss of forest and wildlife due to human development, the goal of the Zoo has changed from recreation to conservation.

A modernization project started in 1995 aims to gradually replace the old enclosures with spacious naturalistic enclosures. The state government of Kerala is undertaking this renovation with financial and technical help from the Central Zoo Authority.

The Thiruvananthapuram Zoo is home to 82 species from around the world. Indigenous species at the zoo include lion-tailed macaque, Nilgiri langur, Indian rhinoceros, Asiatic lion, royal Bengal tiger, white tiger and leopard, as well a nine Asian elephants (as of March 31, 2009). Animals from Africa include giraffes, hippos, zebras, and Cape buffalos.

The zoo also includes a snake farm called The Reptile House, which exhibits both poisonous and non-poisonous snakes and also have 7 Anacondas. India