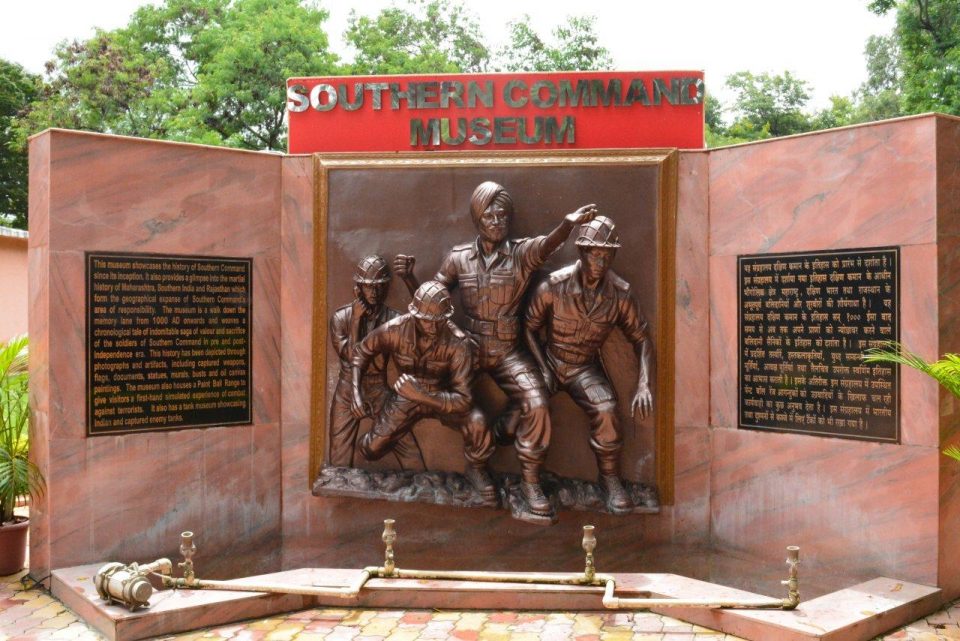 The National War Museum, located at the National War Memorial in Ghorpadi, is a place that can fill your heart with patriotic pride. The entry is through a separate gate and you are greeted with a plaque that reads ‘Southern Command Museum’.

The museum is a walk down the memory lane from 1000 AD onwards and weaves a chronological tale of indomitable saga of valour and sacrifice of soldiers of Southern Command in the pre and post-Independence era.

This history has been depicted through photographs and artefacts, including captured weapons, flags, documents, statues, murals, busts and oil canvas paintings.

A Shivaji Maharaj statue is placed near the Maharashtra corner, where you have statues of Balajirao alias Nanasaheb Peshwa, Tipu Sultan and Jijabai with a young Shivba. Each statute is supported with a plaque that describes the rich history of the era.

The museum primarily comprises a main building where there are different types of soldier uniforms, captured bullet shells and other documents from wars. The Rajasthan corner, Dakshin Bharat corner and the Maharashtra corner; each of these corners have information, written and visual, about wars, important people and paintings of the era.

The museum also houses a paint ball range to give visitors a first-hand simulated experience of combat with terrorists. It also has a tank museum showcasing Indian and captured enemy tanks.

What: A museum that showcases the history of the Southern Command since its inception

Where: Located at the National War Memorial in Ghorpadi